The Underbelly is the the first truck-based bottom dumper of its kind — developed in New Zealand specifically for New Zealand conditions.

Until now, traditional bottom dumpers have only been available in trailers, with either a tipper body or a fifth wheel fitted to the towing truck. Conventional design has limited the possibility of a truck-based bottom dumper due to the reduced working width inside the chassis rails.

By removing a section of the chassis, the Underbelly achieves a full width tapered hopper on both a 6 and 8 wheelbase with no interference from the chassis rails, allowing for full spread of the load.

By using reinforced guests, side bracing struts and 4 x Hendrickson bushes, the Underbelly is able to maintain the structural integrity of the chassis while keeping weight off the front axle in order to maintain front flex while driving. The strength of the hopper forms a rigid link between the front end and the tandem axle rear end, while acting as a load bearing sub-frame for the drive axles.

Features of The Underbelly 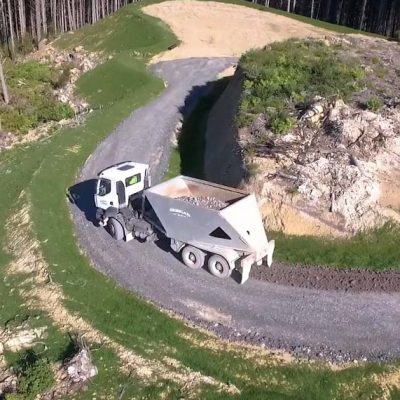 While traditional truck units can only spread going down hill, the Underbelly has the major advantage of spreading both up and down hill due to there being no hoist. Eliminating the need for a hoist also gives the Underbelly more traction in the forest and more manoeuvrability around difficult terrain, allowing for a quicker and safer dumping operation. 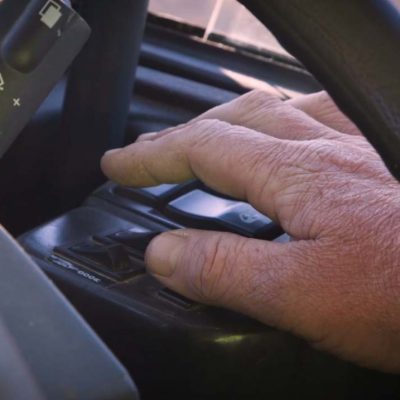 The spreader system can be operated by both traditional cab control, or external remote control when greater precision is required. Chains are used to control the thickness and volume of the spread depending on the specific requirements of the job. 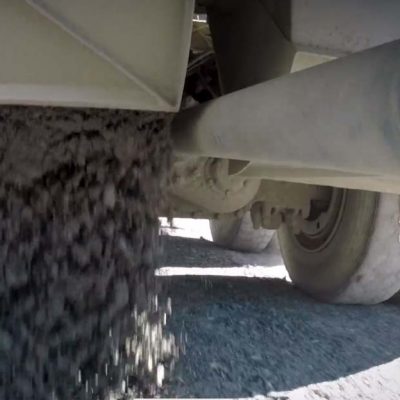 The hopper doors are independently air operated allowing for a quick response time when opening and closing while traveling at speed. Air operation also replaces the need for a hydraulic system, meaning there is no contamination if a hose blows, and a significant reduction in maintenance requirements. 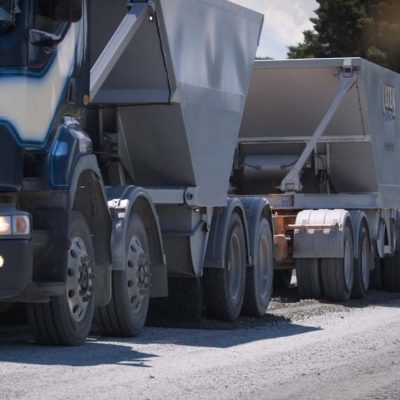 The Underbelly creates a wider and more even spread than traditional backward dumping methods due its forward facing spreader design. 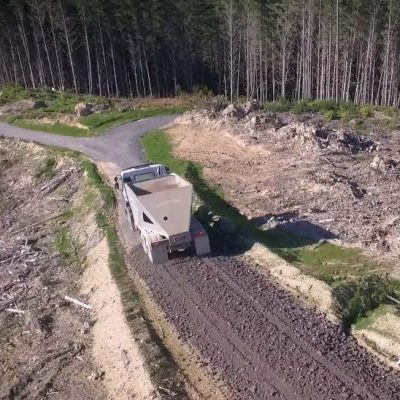 The inclusion of two doors on either side of the drive shaft gives the option of opening both doors together for spreading one wide even track, or individually for single track laying, spot fixing and bleeding tar. 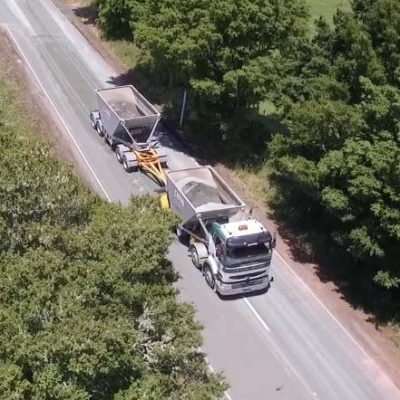 With increased manoeuvrability, the Underbelly can also be used in areas with limited access such as under trees and power lines, allowing the driver to focus on spreading the load instead of external obstacles. This not only makes the Underbelly safer, but also cheaper to insure than traditional hoist dumpers.

Quite simply, The Underbelly is the quickest, safest and most user-friendly centre dumper available in New Zealand.